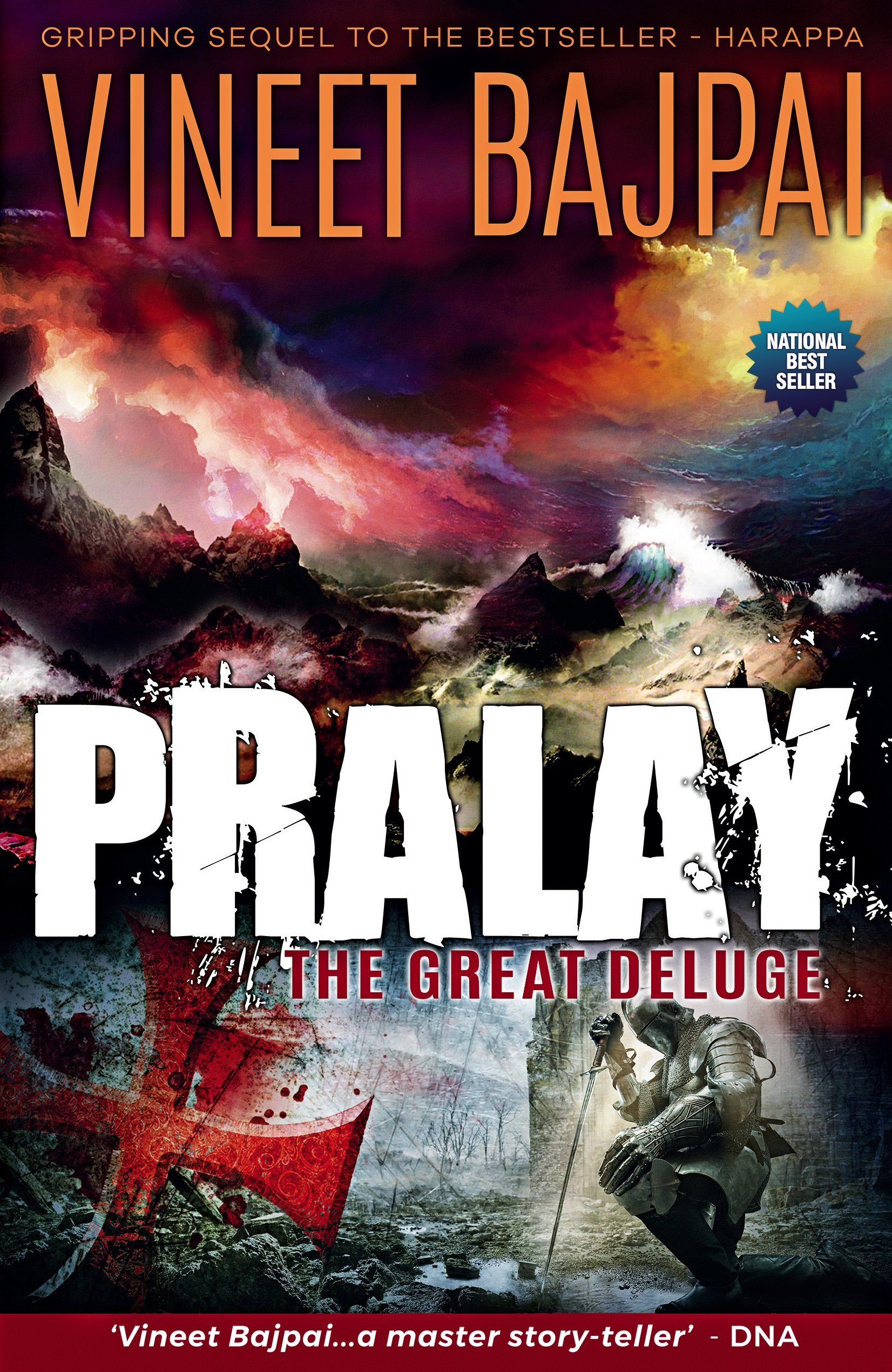 Q & A with Vineet Bajpai

Q1. What is Pralay – The Great Deluge about?

Answer – Pralay is the sequel to the first book of the series, Harappa – Curse of the Blood River. After Harappa emerged as a national seller, I was inundated with mails and messages from readers, expressing boundless love for the book and also demanding that I release Pralay as soon as possible. I am delighted that part two of the Harappa series is now in the readers’ hands.

Q2. So, is Pralay also a mythological thriller? Or is it a historical fiction novel?

Answer – As I have said in several interviews before, the Harappa series is an altogether new fiction genre, or may I say multi-genre. It intertwines mythology and history deeply with fantasy and a modern-day crime thriller. Pralay is no different. A part of the story is based in Harappa and Mohenjo-daro.

There is an intense tale unfolding in the year 1700 BCE, at the time of the destruction of the Indus Valley civilization or the Sindhu sabhyata. An equally intriguing part of the narrative is in contemporary Benaras or Kashi. The intricate saga takes the reader on a forceful roller-coaster ride from Harappa to Benaras to medieval Constantinople to present-day Rome and Paris.

Q3. What has been the reader-response like so far for the title?

Answer. The response has been overwhelming. It is most gratifying for me to share that within the first three weeks of release, Pralay became the number one national bestseller. It was a bestselling fiction novel across all of India. The love of readers was also visible when I spoke at various literature festivals, including the Jaipur Literature Festival, the Chandigarh Literary society and the Kala Ghoda Arts Festival. I was thronged by readers of all ages and regions. It has been one of the most gratifying times of my life.

Q4. Several press articles and media coverage are comparing you to the likes of Dan Brown and George RR Martin. What do you have to say about that?

Answer – It is most generous of them to say so. Both Dan Brown and GRR Martin are legends. But yes, I do feel the genre of historical and mythological thrillers was sub-optimally tapped in our country, till the Harappa series arrived.

Novels by Indian authors were attempting to leverage this space, but most of the work was basically reinterpreting characters from our mythology and history, whether it was Shiva or Rama or Sita or Draupadi or Chanakya or Ashoka. There was no real ‘creation’ being done, like you would see in Game of Thrones or Da Vinci Code or Angels and Demons.

The Harappa series, on the other hand, has a powerful backdrop of history and mythology, but all the characters are new and intense. Therefore, it is not the retelling of a story already told several times, but a completely new, thrilling saga.

Q5. What are you working on now? When is Kashi, the third part of the Harappa series, coming out? Any other books from you in the offing?

Answer – As you have rightly mentioned, I am working on Kashi – Secret of the Black Temple at this time. It should get released around September of 2018. Once again, my readers are chasing me with great affection and even greater eagerness! (Laughs). I am hopeful the love of my readers will continue to pour in even for Kashi. Of course, there are several other literary projects I have in mind, ranging from crime-thrillers to science fiction. But I will pursue those only once I have given my heart and soul to Kashi, and have done full justice to it.