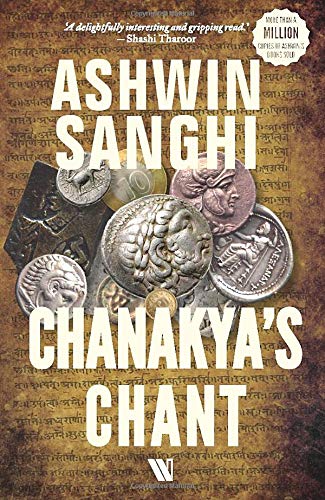 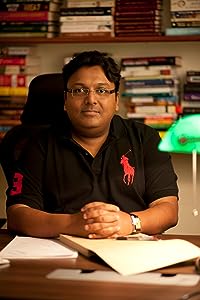 Q. What inspires you about Chanakya?

Ashwin Sanghi: Personally, I’m not inspired by Chanakya. He was far too ruthless to serve as inspiration for me. However, as a writer of fiction, I find his personality and character extremely interesting. Here’s someone who penned reams of statements on government policy, statecraft, strategy and diplomacy almost 1800 years before Machiavelli! Just as a photographer searches for the perfect picture, I find myself searching for complex characters… preferably characters that are multihued and thus difficult to characterize as good or bad. Chanakya was efficient yet ruthless, principled yet amoral, intelligent yet devious, magnanimous yet vengeful. In short, the ideal complex character for a novel!

Q. What lessons can modern politicians draw from him?

Ashwin Sanghi: Too much attention seems to be given to the political machinations of Chanakya whereas insufficient attention is paid to the fact that his seminal work, the Arthashastra, was mostly about good governance. I was absolutely amazed to find that the Arthashastra even specifies how grain should be stored, how a treasury should be constructed, the ideal form of taxation, maintenance of law and order, the preferred width of a carriage road, and virtually every aspect of sensible government policy. It’s unfortunate to see that what plagues India today is simply a fundamental lack of governance. I think the lesson for all of us is that we need to pay more attention to Chanakya’s lessons in governance rather than his lessons on realpolitik.

Q. What about Indian politics made you want to write a novel on it? Can there ever be a time when politics actually works transparently for the people, or are cynical machinations a must?

Ashwin Sanghi: In my novel, the key protagonist says that “clean politics is an oxymoron”, in effect telling the reader that one can either be in politics or one can be clean. There is one side of me that wishes to believe that it is indeed possible to have clean politics but the cynical part of me tells me that I’m being naive. It’s precisely this unsavory nature of politics that makes for enjoyable reading! As regards your question about transparency: let’s face it, government is a little bit like a theatre production. You sit in the audience and watch the actors play their parts but you never get to see what is happening backstage. You do not get to see the prop boys moving backdrops or the lighting assistants shifting spotlights.

Q. What kind of research was involved in writing this novel? Were there parts you enjoyed writing or creating most?

Ashwin Sanghi: The research was at two levels because, as you know, there are two parallel stories in this book. The first one traces the rise of Chanakya 2300 years ago and ends with him having succeeded in installing Chandragupta Maurya to the throne. The second traces the life of Gangasagar Mishra a Brahmin teacher from Uttar Pradesh who makes it his life’s purpose to make a girl from a slum into the country’s prime minister. The ancient story required historical reading, including the Arthashastra as well as several other books penned on Chanakya. I also read an English translation of the Mudrarakshasa, a historical play in Sanskrit by Vishakhadatta who lived in the 4th century. The modern-day story simply involved lots of newspaper reading. The drama of politics is enacted before us each day in the front pages… one doesn’t need to stray any further!

Q. How did the idea of writing this novel germinate?

Ashwin Sanghi: I started thinking about this novel in mid-2009, just after the UPA won a mandate for another five years. I was watching the political drama unfold, more particularly the tug-of-war between the Congress and its alliance partners for cabinet berths. I thought to myself, “Was politics in India always this messy?” If one looks back fifty years, one could say that politics may have appeared neater given the fact that one had less fractured mandates but what if one were to go back a hundred years, or even a thousand? As has been famously said by Mao Tse-Tung, “politics is war without bloodshed while war is politics with bloodshed”. The quest for political power was resolved through wars in ancient history whereas today those wars have simply been substituted by elections. I wanted to examine this connection, but most importantly, I wanted to write an entertaining book that could keep you hooked from beginning to end. My purpose was much less to educate and much more to entertain.

Q. How much of your own experiences have been incorporated in this novel?

Ashwin Sanghi: As you know, I am not a writer by profession. I was born and brought up in a business environment. I started working when I was 16 and completed my MBA when I was 22. By the time that I completed writing my debut novel, The Rozabal Line, in 2006, I had already been in business for over 20 years. Many of the situations that one has faced in business do find expression in my book but the major portion of the present-day story is derived from actual political and economic events that have happened and been reported in newspapers over the past five decades. It has famously been said that fact is stranger than fiction. I find that if one wants to write interesting fiction one needs to look no further than the morning newspaper!

Q. How much of the ‘past’ in this novel is fiction?

Ashwin Sanghi: Well, to start with, we have the character of Chanakya. As you know, Chanakya is not mentioned in the Arthashastra. This seminal work on statecraft mentions Kautilya as the author, and also refers to Vishnugupta in one single stanza at the end of the work. There are indeed some scholars who say that Kautilya and Vishnugupta were not the same person. The assumption that Kautilya, Vishnugupta and Chanakya were one person only happens through Vishnu Sarma’s Panchatantra. What little information we do have about Chanakya, comes from the Puranas. There is also a historical Sanskrit play called Mudrarakshasa, however, this was written almost 900 years after Chanakya’s death. Thus, even though we have two voluminous works—the Arthashastra and the Neetishastra—authored by Kautilya (who could possibly be the man we now call Chanakya), very little is actually known about the life of this man. Even when I have depended upon other works written on Chanakya, I have mostly considered them to be only partially true. In addition, I have taken the liberty of adding my own spice to the mixture in several places to maintain the fast pace of the story or to make it more mysterious. It’s precisely for this reason that I believe that it is better for the reader to assume that the ‘past’ in the novel is also pure fiction, just like the ‘present day’ story.

Q. On whom are the ‘present day’ characters (Gangasagar, Chandini) being modeled?

Ashwin Sanghi: Actually no single character in the novel is modeled on any given politician. Elements from the characters of multiple players across the political spectrum have been blended together to form entirely new characters. As is with all books that have current politics as a backdrop, comparisons with existing players are inevitable, but I can assure you that any resemblance is entirely coincidental.

Q. Was it easy or difficult to maintain the tempo of the plot as you moved across the past and the present?

Ashwin Sanghi: When I wrote The Rozabal Line, my primary objective was to ensure that all the research material that I had collected could be presented within the construct of the novel. I was not concerned with whether this impeded the narrative or not. The primary objective of Chanakya’s Chant was entirely different—it had to be a rapidly-evolving story that kept you gripped till the very end. Anything that did not advance my plot had to be eliminated. I had no time for niceties, elaborate descriptions or side excursions. Every page had to advance the plot and had to leave you wanting more. If that meant leaving out some of the research, that was fine. More difficult than the writing was the editing during which we eliminated beautifully written passages that had literary merit but no significant plot-advancement value.

Q. How would you describe this novel, considering that you have dealt with politics of the past and the present…?

Ashwin Sanghi: There is the old adage that history repeats itself. I genuinely find repetitive patterns when I look at a historical timeline. Characters and props change, but the situations that they are confronted with and the human reactions to these situations rarely do. What Chanakya’s Chant shows is that politics hasn’t changed much in 2300 years.

Q. How has your literary journey evolved from The Rozabal Line to this novel?

Ashwin Sanghi: In scientific terms, I have figured out the genetic structure—the DNA—of my novels. I have understood the topics that fascinate me—and consequently the topics that get my adrenalin pumping. Not having had any formal training in creative writing, I have also learned—through many mistakes—about the expectations of readers of my genre of novels. This deeper appreciation of one’s reader is what will ensure that I’m able to produce better stories. I’m the first to admit that I’m not remotely “literary”. I have scant patience for descriptive prose or building an atmosphere. I see myself as a literary minimalist. For me the fun lies in the story, the plot, the intrigue and the conspiracy or mystery. If you want literary flourishes, I’m not your guy.